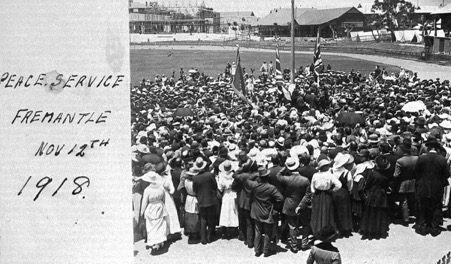 This year’s theme focuses our thoughts on the ‘end of the Great War’.

We have chosen Fremantle Oval as a fitting place to hold the event as the very first returned soldiers were brought to the oval to be feted and cheered by a grateful and relieved Fremantle public.

Allan Graham: The Fremantle hotel trade during World War One

ADMISSION: $15 members, $20 non-members (join on the day for members’ prices)