David Hutchison (1927-2017) passed away on Wednesday 27 December. David’s commitment to intellectual endeavour, with history as a particular passion, was steadfast. Bob Reece’s Citation for David’s Fremantle History Society Life Membership, conferred at this year’s AGM, says much about this remarkable man. 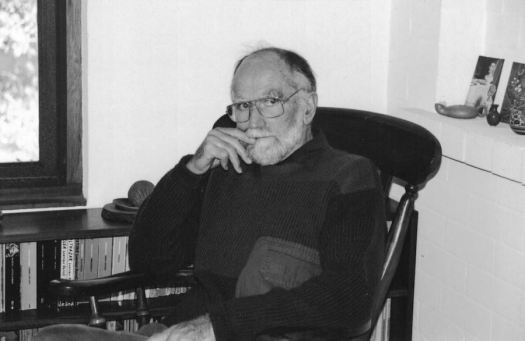 David is one of those rare people we can call a true authority on Fremantle and its history. As someone once said to him, ‘David, you have forgotten more history than I will ever know!’ From the time of his appointment as Senior Curator in History at the Western Australian Museum in 1970 with oversight of what was then the Fremantle History Museum at Finnerty St, David immersed himself in the town’s past. His later activism on behalf of the History Society, his prolific research and writings and his celebrated Fremantle Walks, all contributed towards making him a local ‘identity’. His 2006 book, Fremantle Walks, published by Fremantle Press, brought his extensive local knowledge together in a highly readable format for the benefit of visitors to the city. Closely associated with a movement in the early 1990s to set up a ‘clearing house’ for Fremantle research, David became a member of the History Society and served on the Committee from 1999 until 2004. One of his major contributions was his submission on behalf of the Society to the Fremantle Prison Heritage Precinct Master Plan. Perhaps his most solid and enduring achievement, however, was his establishment in May 1996 of Fremantle Studies Day, which in turn stimulated the appearance in 1999 of the journal Fremantle Studies, to which he became a frequent contributor. He brought a scholarly standard to the work of the Society, at the same time preaching the down-to-earth virtues of community history.